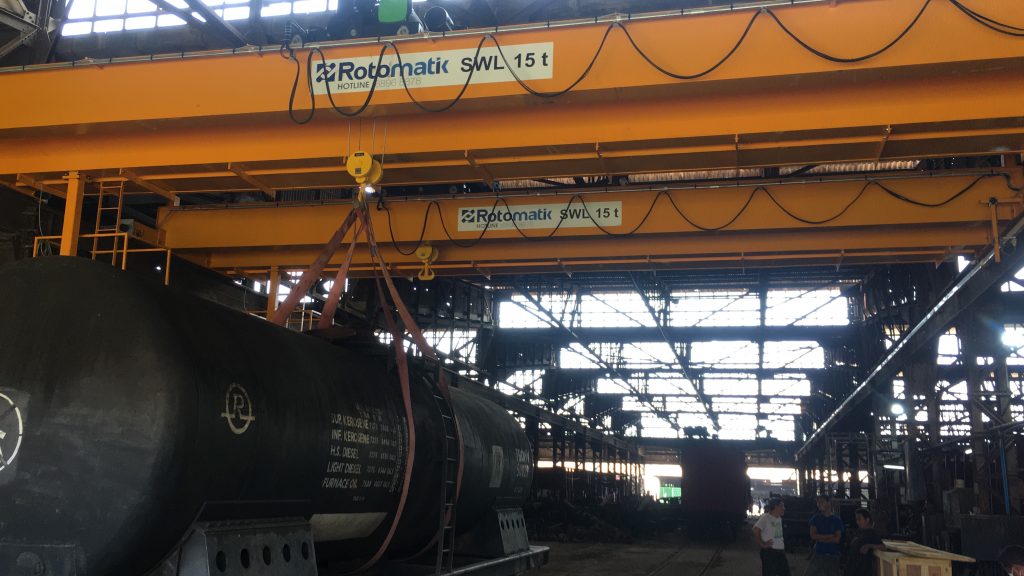 Rail transport was introduced in Burma in 1877 by the British. Today, the rail transport in Myanmar which spans across the country has one of the largest rail network in ASEAN.

In order to keep up with the rail technological pace and the country’s rate of development, Myanma Railway Company, a state-owned railway firm, decided to replace its existing two units of Ransomes & Rapier Ltd cranes.

During the British rule, in 1912, these cranes were installed as part of the construction of the Carriage & Wagon Workshop, which is still located in Myit Nge City, Mandalay Division.

After over a century of service, the company decided it was time to retire the work horses as it was more economical to replace them with two units of designed-for-purpose Rotomatik 15-tonne double-girder cranes.

The latest cranes were installed and commissioned by Rotomatik (S) Pte Ltd’s Myanmese partner, Future Gift International. The two companies have fostered a strategic alliance since 2007.

The important role of the latest cranes cannot be overstated. They are used for building and assembling new coaches as well as reconditioning and upgrading older coaches through the weighty task of handling and lifting of bogie frames, carriages and wagons.

The company has decided to keep the old crane nameplate as a testimony of its development and historical legacy over the years.